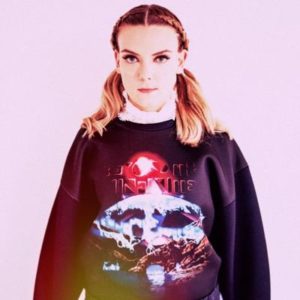 Recorded at Red Bull studios in Paris, ‘Ghostdance’ is a game-changer for Py; an EP focused solely on a voice that finally trusts what it has to say. Despite collaborating with a who’s who of contemporary producers in a short but successful career, it’s Py’s own perfectly crafted sound that remains at the fore of a mature and accomplished four-track EP.

A long-time collaborator of Ross Tones (Throwing Snow) who also produced the EP, Py recently featured on his critically-acclaimed debut album ‘Mosaic’ released via Houndstooth, as well as pairing up with US duo Odesza on recent single ‘Echoes’. Previously supported by Huw Stephens and Zane Lowe at Radio 1 who made recent single ‘Polyethers’ his prestigious ‘Next Hype’, Py is here to stay: and it’ll be all on her own terms.