Annie Mac crowned him as the man who has “Single handedly” bought back UK Garage. Mike Delinquent Project (formerly of Delinquent) is back, and at his best yet. Following the success of his chart topping remixes with Pixie Lott on her UK No 1 song “All About Tonight” and the equally successful Wretch 32 track “Traktor”, Mike Delinquent Project looks set to take the charts by storm again.

Mike teams up with KCAT (“My Destiny”) to deliver the garage smash of the year, “Out Of Control”. Donae’o heard the track and simply had to throw down his own verse. The song has already received fantastic support on Radio 1, 1Xtra, Kiss, Choice FM and Capital Radio, with the likes of MistaJam, Annie Mac, Annie Nightingale, DJ Target, DJ Cameo, DJ Q, DJ EZ, and Sacha Brooks, to name a few, championing the record. It has so far been‚ played on 1xtra, as well as being A-Listed on Manchester’s Unity Radio.

“Out Of Control” was also used as the official sound of 1xtra in Majorca, a campaign featured heavily on Radio 1 shows such as Chris Moyles’ Breakfast Show and Scott Mills’ Drive Time Show. This was definitely the summer anthem across all the party islands. 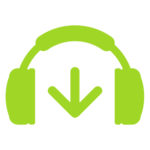 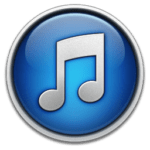