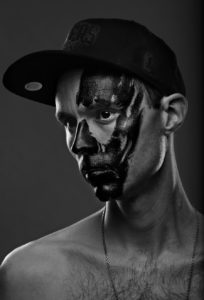 Recently progressing from drummer to DJ u0026amp; producer; duly hitting No.1 on the Danish iTunes chart, with BBC Radio 1Xtra’s MISTAJAM calling him “very special” and everyone from Pigeons u0026amp; Planes, Wonderland and Vice, to Clash, i-D and the Guardian drooling over his debut EPs. Pulling in verses from a delightfully diverse batch of wordsmiths, on the “Wolf Grey” and “Bounty” EPs, you’ll find Wu-Tang Clan chief RAEKWON, alongside MTA Records’ UK grime prince DREAM MCLEAN, to feature alongside frequent Rihanna/Chase u0026amp; Status/Example collaborator Takura.

SLOWOLF’s recent official remixes of Shift K3y’s “I Know” and Iggy Azalea’s “Beg For It” have garnered similar attention, with radio support from the likes of DIPLO and ANNIE MAC. SLOWOLF’s huge remix of MØ’s “Walk This Way” jumped straight to the No. 1 position on the main Hype Machine chart, with over 250k Soundcloud plays in just two weeks.
Eschewing a typical DJ set, SLOWOLF draws upon his background as a drummer to bash out crazy live rhythms across an MPC, showcased on club and festival stages across the world, from Roskilde Festival in Denmark to Storm Festival in Shanghai.
More big remixes and a new EP from the wunderkind producer, featuring some very exciting names, is released early 2016.

“A veritable experimenter, Slowolf doesn’t just blend genres, he finds the most unlikely of pairings and smashes them together, creating powerful, dramatic and completely engaging sounds. It’s this strength and presence of character and his unique fusion of influences and techniques that has us anxious to catch one of his notoriously energetic shows.”
THE LINE OF BEST FIT

“SLOWOLF returns with a SMASH, delivering the adrenaline heavy and genre-defying single ‘Dancefloor’. SLOWOLF sold his Mercedes to pay Raekwon to feature on this track. Money well spent, we think you’ll agree.” NOISEY, VICE

“I can’t explain to you how excited I got when I heard this track by SLOWOLF… This is epic on so many levels.”
ALFITUDE

“SLOWOLF’s back again… giving us another stunning new listening experience with his new track War Of The Roses Pt. II. Whatever you do today, don’t let this slip by without pressing play.”
STUPID DOPE

“SLOWOLF’s glitchy electro beats juxtaposed against his taste for tripped-out, melodic hip-hop and fiery production has been catching the eye of every tastemaker throughout Europe over the past couple of months, ensuring his tracks are readied for every summer playlist.”
WONDERLAND MAGAZINE

“Feeling the heat of Slowolf’s fiery amped-up productions and refixes… (his) juxtaposition of tripped-out, melodic hop-hop and glitch electronica has already pricked up the ears of mainstream radio.”
PIGEONS u0026amp; PLANES

“My personal favourite… jaggedy sounds, rolling bass notes and outlandish blips that set some sort of addictive head nodding rhythm that carries the track along.“
EARMILK